Ever since he parted ways with the New York Knicks in early 2016, Derek Fisher has made no secret of his desire to coach basketball again at the highest level.

In 2019, Derek will get the opportunity to do just that after being named on Wednesday as the next head coach of the Los Angeles Sparks of the Women’s National Basketball Association.

“I’m excited to be the new head coach of the LA Sparks,” Derek said in a statement released by the team. “There is no finer organization in the WNBA and I can’t wait to work with our ownership group, front office, talented players and staff to cement a culture of sustained excellence, which is what LA basketball fans demand – and deserve.” 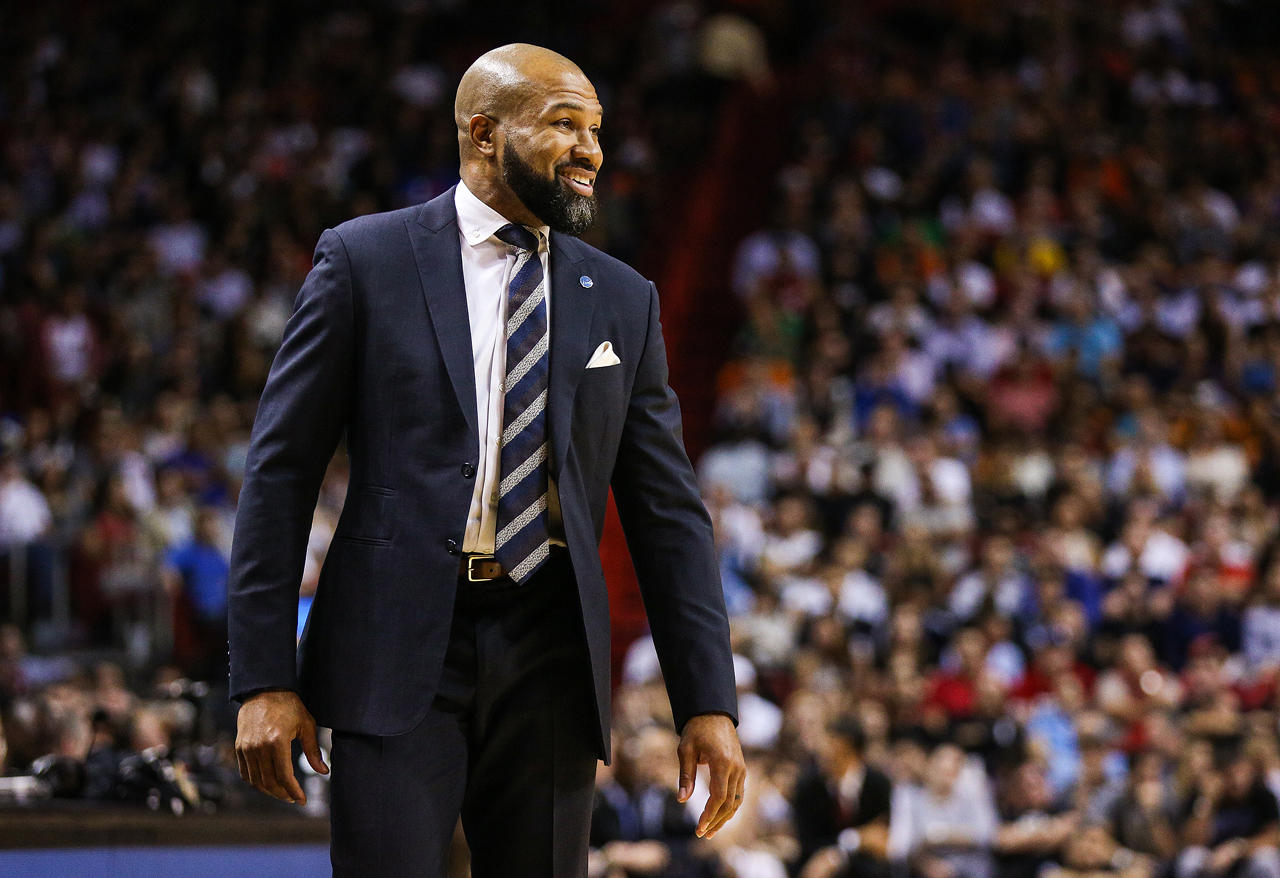 Derek has always been held in high esteem for his knowledge of and passion for the game, which is why he transitioned straight from an 18-year playing career straight to the bench as coach of the Knicks in 2014. He spent just over a season and a half as coach in New York coaching 136 regular season games in total.

That and his ties to the city of Los Angeles made him a unique and strong fit for the Sparks.

“I am thrilled to name Derek Fisher our next head coach,” Sparks Executive Vice President and General Manager Penny Toler said. “Derek is a champion and proven leader on and off the court. With his wealth of experience as a former player and head coach, I can’t think of a better steward for our basketball team moving forward.”

Derek’s 18-year NBA career is highlighted by five championships, all won with the Los Angeles Lakers. He also still holds the record for most playoff game appearances by a single player, with 259 postseason games played. He retired in 2014, after a Western Conference Finals run and was immediately hired as head coach of the Knicks.

Since leaving the Knicks in 2014, Derek has spent most of his time in Los Angeles, serving as an analyst for the last three seasons for Spectrum Sportsnet, where he’s gained an intimate knowledge of the Sparks and created a lasting relationship with their staff.

“I’m excited to be back a part of the basketball community here in LA, where I’ve created so many special memories” Derek said during an appearance on Spectrum’s Lakers postgame coverage on Wednesday night. “We’ve got a great staff, great ownership, great players, and I’m ready to get to work.”

During his time in LA over the past few years, Derek has also gotten back involved in the Los Angeles community over the last several years, including hosting his annual youth basketball camp, the Derek Fisher Basketball Academy, open to girls and boys alike, in Los Angeles as well as sponsoring a girls AAU basketball team, the GBL Lady Rebels.

“Our ownership group is excited to welcome Derek to the Sparks family,” Sparks Managing Director and Governor Eric Holoman said. “Derek is a proven winner, tough under pressure and is a true believer in the power of the WNBA and the opportunities it provides for women on and off the court. I’m certain Derek will not only build on the Sparks championship culture, but also play an instrumental role in all the work we do in the Los Angeles community.”

With the Sparks, Derek inherits a talented team that is just one season removed from a WNBA Finals appearance in 2017, and two seasons removed from a championship. LA went 19-15 last season and was bounced in the second round of the playoffs. They’ll be looking to bounce back and make another title run in 2019, and they have the talent to do it.

The team is led by five-time WNBA All-Star and two-time league MVP Candace Parker, who enters her 12th season in 2019 coming off one of the best years of her career in 2018. The star forward is looking forward to what Derek can bring to the table as the new coach of the Sparks in 2019.

“Derek is a great basketball mind who brings a ton of high-level experience to our team,” Parker said. “I look forward to working with someone with championship pedigree and who has a track record of strong leadership. Derek has been a strong supporter of women’s basketball for quite some time, so it’s nice to officially welcome him.”

The Sparks will report for training camp in April, with the beginning of the 2019 season slated for mid-May.